[Reproduced with the gracious permission of the International Clarinet Association.

Blast-Off!, a 2019 release from Richie Kaye’s Houston-based Space City Funtet, is the perfect album for anyone looking for delightful, lightweight music to play at their next party or gathering. With influences ranging from Raymond Scott to Beethoven’s Fifth Symphony, this poly-stylistic album features 16 short tracks and one live bonus track (Pretty Please!, performed live at The Mint in New Orleans).

The five-member Funtet includes Kaye on vocals and various small instruments, as well as Ernesto Vega on saxophone, flute, and clarinet. According to the album description on Bandcamp, each piece is intended to “accompany films, TV shows and commercials that haven’t yet been created.”

The Funtettists gently push the boundaries of instrumentation, lyrics, and form. Although the majority of the tracks are swing-influenced and danceable, this album easily avoids being formulaic. As soon as listeners form an idea of what to expect, a song comes along to challenge those expectations.

Fruit Fly is a particular favorite, featuring an imaginative clarinet duet set against a walking tuba bassline. A cute pun is at the heart of the track Lava Love, where Kaye croons in a Sinatra-like voice, I’ve got a lava love for you. Do This, Do That is a quirky tune featuring a woodblock and brief instrumental outbursts, contrasted with more melodic material from the clarinet and saxophone. There is certainly no shortage of clarinet on this album. Vega’s woodwind performances are whimsical and charming.

Part of Blast-Off’s appeal is the way it seamlessly incorporates such diverse influences as children’s sing-alongs with jazz. It would be impossible to imagine it any other way—Kaye and the Funtet have successfully integrated these multivarious influences to create their own musical language.

After three years of very gratifying work, we will release Plush Life, my country album, on May 1, 2022 to general distribution and worldwide radio promotion.  We describe it this way: Classic Country with Jazzy Twist.

We pre-released one of the songs, Hopeless in New Hope, on AirPlay Direct on February 1, 2022, and the song is now being played on stations Scotland, Norway, France, Luxembourg, Switzerland and presumably other European radio networks.  March 1 brought the release of my comedy novelty, Drink, Drank, Drunk! and it was immediately taken up by a half-dozen stations, all of them so far in Europe.

April 1 will see a third pre-release of a single to radio via AirPlay Direct.

We’re sending out review copies and hope to have a few write-ups in time for the release.  Music writers and reviewers who are looking for a comprehensive source for audio, video and copy, click here.  Bruce Shutan of 89 Peanuts, Inc., in Portland, Oregon is my publicist for this album.

People who don’t write or compose may not know just how painstaking the work can be and usually is. While it is true that some songs flow so naturally and are completed in as little as 15 minutes, it is often only so after decades of practice and hundreds of failed precursors.

The computer has brought about an era of nearly instantaneous production. It has also brought about a plethora of low quality “creative” work. But mere expression is not creative — the worth of the ideas expressed and the way in which they are expressed do. This takes a long time to cultivate.

Young people who wish to become artists — you may not call yourself an artist unless you have earned it and when you have attained it, you will not call yourself or insist upon being called an artist for the pain of remembering your own conceit that you once did — should understand that it is a very long road. But once you reach it — if you do — the inestimable value of having reached it makes the attainment worth all the pains. 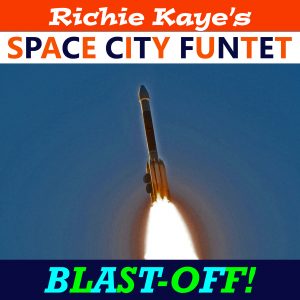 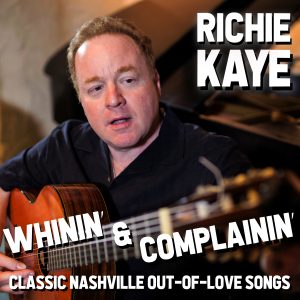 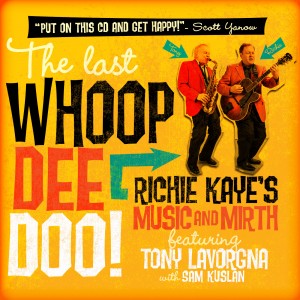 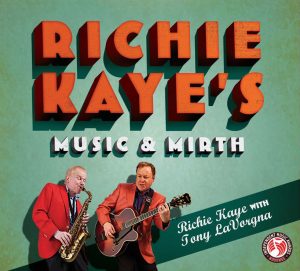 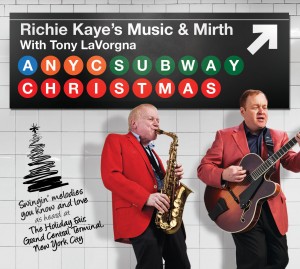 Ever wonder how I go about deciding what to play?

Once I’ve chosen a song, I decide how I’m going to deliver it to the audience. That involves a number of considerations: the key, for example.

This is the first of a series for the solo singing guitarist, both professional and hobbyist, who’d like to know how another soloist goes about his work in rehearsal.

In addition to key choice, I’ll cover: how I understand and deliver a melody, the considerations regarding the meaning of the song and writer/composer intent, knowing one’s own abilities, the different way to play to a live audience as opposed to a studio recording and the equal importance of technical mastery and in-the-moment joyfulness.

I hope you enjoy it!

Releasing October 1, 2019, Blast-off! is an album of new compositions for voice, saxophone, clarinet, guitar, piano and bass, intended to accompany films, TV shows and commercials that haven’t yet been created. They’re playful and inventive and joyful and fun: music written to herald the new FutuRetro Age. We’re blasting off into the art of the future!

I am just pleased as punch to tell you that my album of classic country songs is available.  Read all about it and listen to the tracks here.

Some ask me how I can sing in Mandarin. Well, it just comes through me. I recently discovered another example (of a singer delivering something meaningful far from his instant venue). Yes, there is no linguistic disparity. English was his mother tongue, but not American English.

Thomas Fraser (1927-1978) was a fisherman in the Shetland Islands. Over many years, he recorded American country and folk music on his own tape recorder. His grandson discovered the tapes decades later. And what we hear is, well, this is the meaning and the intention of the original in the place it originated — not the Shetlands! Even his guitar playing is thoroughly “right.” Compare this to any Jimmie Rodgers from the 1930s.

“Genuine, authentic?” This is so much pish-tosh. No, it does not matter through whom it comes, or when, just that what it is, that it actually is, is expressed. And anyone might be able to do it.

Every once in a while comes along an album, finely produced, well-played, extremely well sung, in sum subtly seductive, clearly an epiphany of heartfelt expression to the performer.

But which comes off to the listener, for all its artisanal craftsmanship, as oppressive to listen to because of the ideas it conveys. I’ve encountered this rare specimen today, though I shan’t name it or its creator.

Surely, the performer of whom I speak is thoroughly convinced of her rightness (righteousness?) in “speaking from the heart,” that shibboleth all post-modernists employ to justify what they create. And even that her work is Art (so she has said in interviews), regardless of its intention or its effect.

We must be cautious when any performer claims to be an Artist. There are few, very very few, who ever reach that level of creative expression. And those few would rarely admit to such achievement, because they know how dear, how rare and striven for that attainment truly is. But we know the tree from its fruits.

Rather, I hear in this performer’s voice, an insistence, a dread of life and a sense of the innate superiority of her ideas, which, sadly, give little of substance to the audience other than emotive dissonance — clothed in harmonious tones, mind you. Such is not my life, nor any life I care to hear about.