HOUSTON, Texas — Versatile vocalist and guitarist Richie Kaye has come full circle. Having grown up listening to everything from Gilbert and Sullivan and opera, as well as the Rat Pack, Mahavishnu Orchestra, Al Di Meola and Jimmy Page, he also has fond memories of classic country music.

Kaye was mesmerized by magical performances from Glen Campbell and Johnny Cash on their respective TV shows. Then he took a break from music for 20 years before rediscovering some of his roots, recording five albums of originals and covers, and performing as a solo artist and duo act in a largely jazz-standards vein.

Based in Houston, Texas, he became reacquainted with classic country, fell in love with the music and began to understand this form of songwriting. With the new release of his second album in the genre, Kaye has now found enough country comfort that it’s literally reflected in the title of his sixth album, “Plush Life,” whose musical texture he says feels as comfortable as velour, soft to the touch and even luxurious.

The album, which will be released on May 1, 2022 with 13 original songs penned by Kaye, will be available as a digital download on Bandcamp and shared for radio airplay. It follows his 2018 solo country effort, “Whinin’ and Complainin’: Classic Nashville Out-of-Love Songs.”

“Plush Life” also marks his debut with the New Old-Timers featuring, along with Kaye on guitar and vocals, a host of session musicians. They include Jody Cameron on pedal steel guitar; Sam Kuslan on piano, organ, guitar and vocal harmonies; bassists David Craig and Rankin Peters; drummers Steve Allison and Walter Cross; and Kevin Carter on fiddle.

The songs mirror traditional themes of the classic-country genre – from heartache to hard-luck stories with plenty of binge drinking in between, but Kaye says the album is anything but dreary. It’s full of romance, which he laments is in short supply in today’s popular music, and humorous novelty songs that fill a fun gap on the radio and in record stores.

“I wanted to create something that had a strong sense of its ancestry so it would smell and taste like the classic country that I love with themes that are similar to what you hear from Nashville and Bakersfield – refreshed and going in a slightly different jazzier direction, but still being respectful to the past,” Kaye explains.

On the new album, he sings in the 1950s and ’60s style of country crooners Ray Price, Faron Young, Jack Greene and George Jones. Since exceptional jazz guitarists like Barney Kessel continue to influence his playing, the result is a hybrid sound that actually took root more than half a century ago. “There was a time when jazz and country were very much related,” according to Kaye. “This was in the late ’40s to the late ’50s. I like to think maybe I’ve helped to reunite distant cousins.”

Kaye will support “Plush Life” with local and regional club dates, along with private engagements.

This is an album of new compositions for voice, saxophone, clarinet, guitar, piano and bass, intended to accompany films, TV shows and commercials that haven’t yet been created. They’re playful and inventive and joyful and fun: music written to herald the new FutuRetro Age. We’re blasting off into the art of the future!

Richie Kaye’s Space City Funtet is based in Houston, Texas, where all ignition systems are GO!

After I heard the CD of Blast-Off! I had to do a double take. Released in 2019 by Richie Kaye’s Space City Funtet, Blast-Off! is greatly influenced by a range of jazz and Americana sounds and styles, yet after reading the liner notes, it all started to make sense to me. First I thought Richie’s music was Tin Pan Alley retro pop but when I saw Richie’s influences, which includes eclectic exotica and lounge music artists like Raymond Scott, Esquivel, Martin Denny and even Shadows’ keyboardist Alan Hawkshaw, I began to think that Richie is truly an eclectic band leader, singer and composer. Recorded in Houston Texas, Blast-Off! features Richie performing lead vocals as well performing a range of instruments from archtop guitar and ukulele to all manners of weird percussion (ice machine and chopsticks too?). With its 17-track mix of vocal and instrumental music, Blast Off! also features contributions from a range of artists including co-composer Tony LaVorgna (alto sax, clarinet). Other musicians also add in more instruments including horns, string bass and piano. With titles like “Champagne On The Plane”, “Marinara Honeymoon” and Penguin Parade”, the sound and vision of Blast Off! is eclectic FutuRetro, yet at the same time it’s also very humorous, off-beat and above all, highly entertaining. Music fans should expect the unexpected with Blast Off! by Richie Kaye’s Space City Funtet.

Jody Cameron (pedal steel) has toured extensively in the U.S. and Europe with many fine country music performers, including the Reba/Brooks and Dunn tours, Jeff Woolsey and the Dance Hall Kings, David Kersh, Johnny Bush, Frenchie Burke, Johnny Lyon, Zona Jones, and Bobby Flores and others. In 2016, Jody was inducted into the Texas Steel Guitar Hall of Fame.

The love songs of country music are, more often than not, not about loving, but about the heartache of loving: love’s longings, love unrequited, love lost, love that’s over, love gone bad. “Rarely do we hear the country equivalent of You are the Sunshine of My Life. “Love me, please!” is heard in equal measure to “She done me wrong” and “You ain’t worth it.” That’s why this recording, Whinin’ & Complainin’: Classic Nashville Out-of-Love Songs is offered as a concept album and fittingly so – and it’s very 1967-sounding, which is about the time most of these songs were written.

The Nashville songwriters represented in this album were craftsmen who hewed out a chunk of life and worked it into a hand-tooled 3 minute number, each with a memorable hook to attract the ear and cause strong men to commiserate. Richie Kaye selected these 10 songs to record after listening to literally 1000s of (mostly) forgotten country classics. Richie thinks they’re all little diamonds of songwriting which you’ll enjoy hearing, refreshed after 50 years of resting and waiting to be appreciated, like a fine old whiskey. 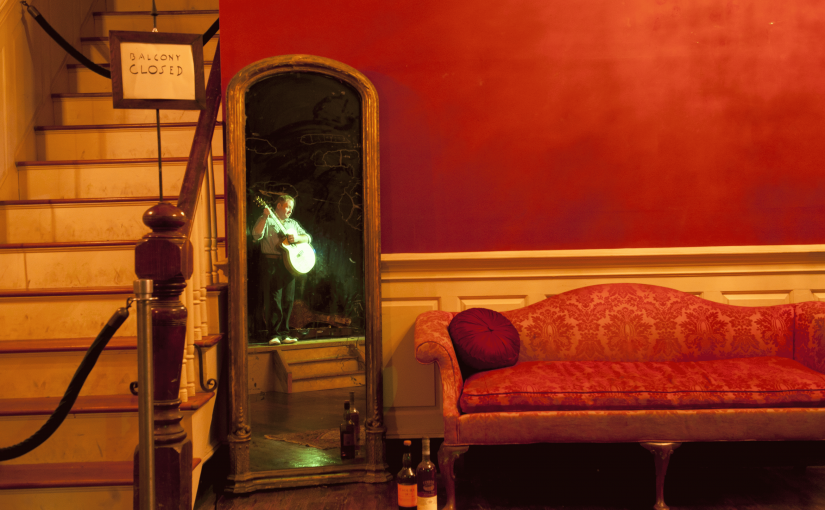 The tradition of the troubadour is ancient, its apogee in quality and quantity, the historians tell us, evidently occuring in the late 12th century in the Pais d’Oc, roughly Languedoc in today’s France. In this tradition, a perfomer sang his lyric poetry aloud. He might sing of his pleasure, of a lover at dawn, of his sense of discord, of his complaints while traveling or a lament over the death of a loved one.

In Fire and Fall Back, Richie Kaye has attempted to follow that tradition, like the Fado Português, but in a clearly modern American sense. In other words, an expression of ideas of great emotional significance to the singer, expressed by means of an eclecticism in word and sound that are highly personal to him. In other words, singing of his Life — honestly and forthrightly — from the well of Soul.

Although born and raised in New Haven, Connecticut, Richie Kaye has led a life rather unlike most Americans of his generation, with much of it involving Chinese and Japanese languages and cultres. Perhaps for that reason, the “troubadour music” he plays is unusual, strongly influenced by Taiwanese pop of the 80s and 90s and Japanese enka, pregnant with hidden meanings, strange twists and maturity. His songs are youthful in spirit, expressing a tragicomic vitality within a strange and subtle harmoniousness.

This music is very different. Richie Kaye doesn’t sound like anyone else. The melodies he has discovered are always singable in and of themselves, but they create eerie harmonies floating over unusual chord changes that still seem somehow familiar. His lyrics convey an exquisite poesy intended to reflect a glimpse at the soulful Intelligence that is greater than Man. 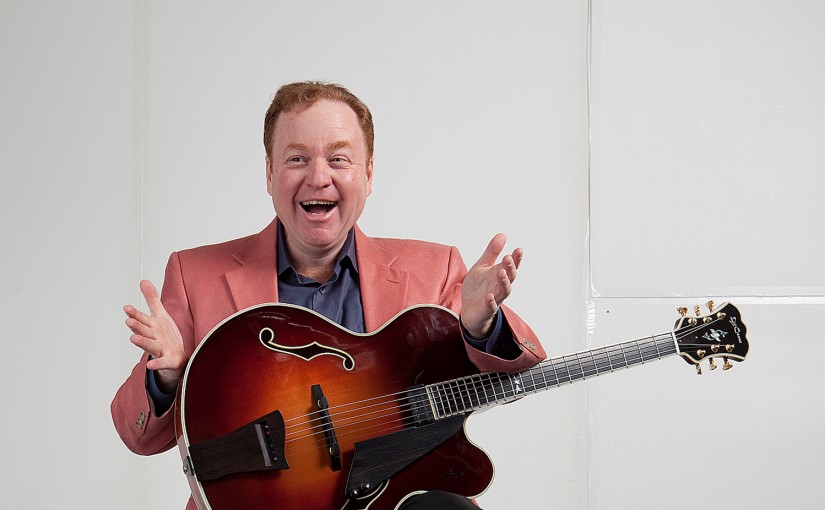 Not long ago, the popular music of the American stage, of film and radio was altogether different from what we hear today. It was easy on the ear. Melody was the focus. The lyrics were sophisticated. And the level of musicianship was high.

The instrumentation is, however, untraditional because bass and drums are absent. Instead, as a duo, an archtop guitar provides the beat, the bass and the changes (the chords, in musican-speak), over which the melody instrument, clarinet or saxophone, plays. On some tracks, we fill out the song with piano or voice. And yet, even as duo, the sound is big and full and rich.

This is music that amuses and delights an audience. We think you’ll smile right along with us!

Richie is the mirth and Tony is the music. TONY LAVORGNA, saxophone/clarinet, is a veteran jazz player with credits built over 50 years, including 10 of his own albums, including Nightcrawler with his big band, and a duo with Benny Goodman bass player, Bill Crow. His “Easy Living” sold out both vinyl pressings and his “The Atlanta All-Star Quartet Plays Bill Evans” won the National Academy of Recording Arts and Science award for “Best Jazz Group.”

Known to have lightning fast fingers, Tony played the jazz tenor sax seat for the The Jimmy and Tommy Dorsey Orchestras and toured with the musical, Ain’t Misbehavin’. In Cleveland, Stouffer’s on the Square featured his sax trio and The Togo Suite hired him as resident pianist for many years.

Tony is self-taught like the jazz players of the 1930s and 40s, but studied composition with Glen Miller Orchestra arranger, Bill Finegan, for two productive years. Tony’s original composition “Inspiration” is featured in the award winning film The David Dance, currently playing in theaters around the world. He lives in the New York City area.